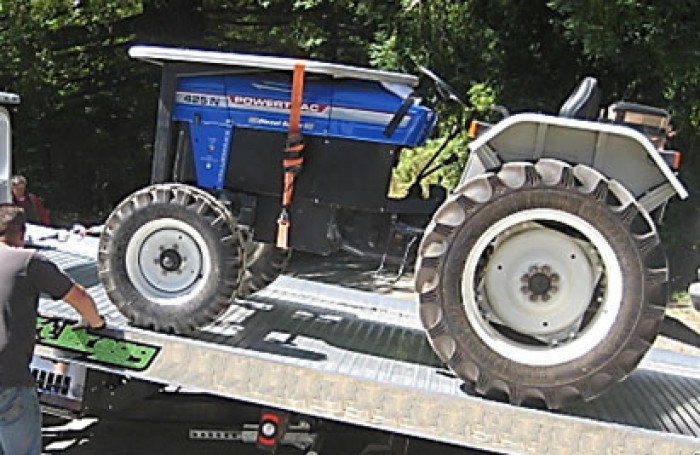 Transmec India is supporting a pioneering project to develop an electric tractor.
The initiative is being led by key customer, Escorts Group - India’s leading tractor manufacturer whose brands include Farmtrac and Powertrac.
Using airfreight, Transmec recent moved two prototypes – one from the United States and the other from South Korea – to Escorts’ headquarters in ‎Faridabad, near New Delhi.
Raman Chandel, General Manager of Transmec India, said: “Escorts Group is an extremely forwarding-thinking company and we’re very proud to be associated with such an exciting project.”
The photo shows one of the electric prototypes being loading in the United States before being flown to India.