Transmec branch is the best in the west! 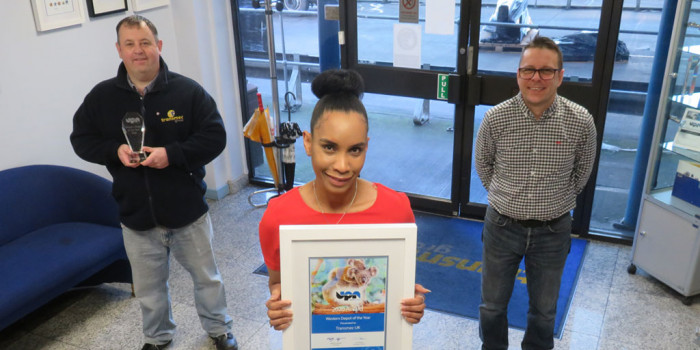 Transmec UK has won another prestigious award for the high-quality service it provides as a member of the United Pallet Network (UPN).
One of more than 90 UPN members nationwide, Transmec’s Redditch branch has been named ‘Western Depot of the Year’.
The accolade is the latest in a string of top UPN awards for Transmec.
UPN’s managing director, David Brown, said it was “well-earned recognition for Transmec’s outstanding performance within the UPN network throughout 2020”.
David added: “It is really unfortunate that due to the current pandemic and the extreme circumstances that we all find ourselves in that we have been unable to present this award to you in person at our spectacular annual awards ceremony.
“It does not, however, diminish the significance of your fantastic achievement in winning this important UPN accolade.”
UPN currently distributes more than 1,200 pallets per week for Transmec customers. As well as being a leading member, Transmec is a European partner, delivering to Italy, Romania and Greece on behalf of the network.
Transmec’s UK sales manager, Phil Thomas, paid tribute to his fellow team members, saying: “Everyone is working incredibly hard during a very challenging period and it’s great to receive this recognition. Our partnership with UPN remains as strong as ever.”
Operating a ‘hub and spoke’ distribution system from its base at Lichfield, Staffordshire, UPN has always invested heavily in new technology to maintain its competitive edge, raise service levels, and drive forward its green credentials.
Operations were enhanced in 2020 with the opening of a new central SmartHub facility, less than a mile away from its previous hub.
“Well-earned recognition” – (l-r) Lee Daykin, Marsha Ebanks and Rob Austin, who form part of Transmec’s UPN team at Redditch.